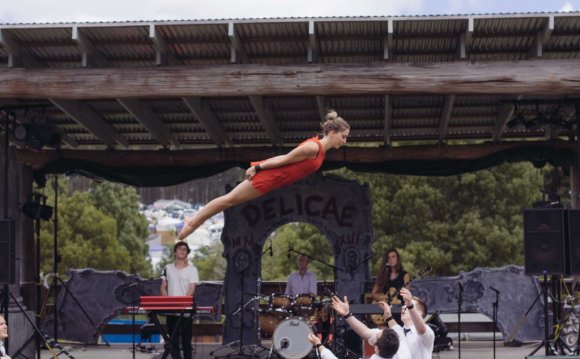 The organisers of the Falls Music and Arts Festival will issue new tickets to raise funds for the people who lost their homes in the Christmas Day bushfire at Wye River.

The annual four-day camping event was due to get underway today, but concerns about having 16, 500 people camping in the area while the fires continued to burn prompted a rethink.

Simon Daley, the founder of the event and co-producer, said it had taken a "huge effort" to rebuild the festival.

He said while it normally took a year to organise a permit for a festival at a new location, on this occasion it was done in a matter of days.

"It's been a huge effort ... thanks to the support of the community but especially the Government, [which] has been incredible, with the emergency services and really all of their resources to put together a new festival permit, " he told 774 ABC Melbourne.

"We've really had to rebuild from scratch.

"There was certainly a concern, at a state level, people would end up all over the state in a really difficult fire period, and camping, and it's much better to have everybody in one place that we can look after them."

Organisers are issuing an extra 1, 000 tickets for New Year's Eve and the proceeds will go to the bushfire affected areas of Wye River and Separation Creek.

Mr Daley said they had been considering other locations, including Meredith and Hanging Rock, but the Mount Duneed site meant they could maintain hotel bookings in Lorne.

This year's performers include international acts Bloc Party, Foals, the Wombats and local favourites Courtney Barnett and Birds of Tokyo.