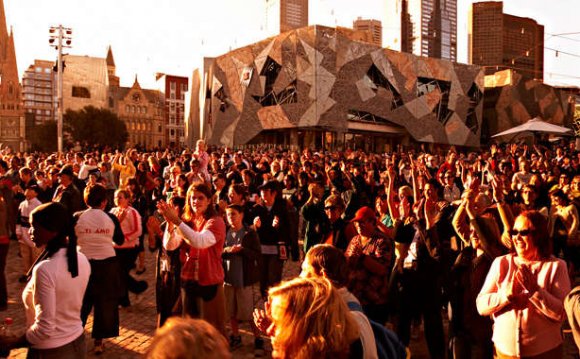 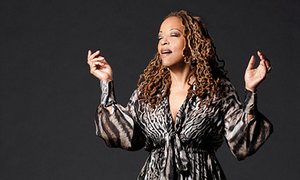 Cassandra Wilson: Performing in Australia for the first time in almost a decade Photograph: MIJF

For two weeks in June, Melbourne is full of jazz lovers. Bemused proprietors of local clubs look on, wondering where these fans go for the rest of the year. For the annual winter ritual of the international jazz festival, patrons seem barely able to contain their enthusiasm for all forms of improvised music.

The festival, which continues this weekend, has so far proved a reliable mirror of global trends in jazz. Two distinct directions are emerging. One is the sophistication of the African-American tradition, which stretches back over 100 years in an unbroken line from New Orleans marching bands to bebop, funk, soul and rock.

Bassist Christian McBride plays very much within that inheritance, one eye glancing at the past. As a trio with pianist Christian Sands and drummer Ulysees Owens Jr, at the Melbourne Recital Centre on Saturday he presented ornate versions of jazz standards such as Cherokee and a cleverly impressionistic version of My Favourite Things. On display was virtuosity, swing, complexity of phrasing and clever arrangement. Especially impressive was McBride’s jazz walk – evidence that true virtuosos are, above all, outstanding at the simple things. 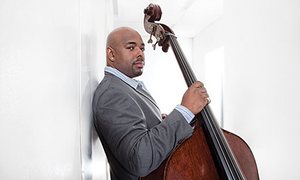 Bands led by bassists tend to be unbalanced, however. The instrument is not suited to being out front, and no matter how skilled the trio’s two young players were, they lack McBride’s musical character and stature, which takes years to acquire. The final impression was one of unevenness.

Jazz fusion, once considered a radical departure, has now been firmly included in the American lineage. Guitarist Mike Stern, one of the more popular proponents, on Tuesday produced a performance strong on bravura, fast scales, disturbingly toothy grins and showmanship at the Melbourne Recital Centre. His compositions have long, lyrical melodies, which acted as a counterpoint to the frenetic character of what often proved to be predictable solos. The highlight was the drumming of Dave Weckl, whose subtle sense of architecture and crescendos, which sounded like they had emerged from the bowels of the earth, were memorable.

The second direction jazz has taken is deconstruction, a sort of musical post modernism. Jazz’s strengths, improvisation and an emphasis on exuberant rhythms, are retained. But other elements are drawn from many different traditions and countries. 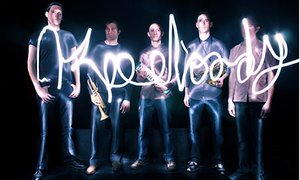 Some bands derive inspiration from contemporary music. Kneebody use elements of hip hop, indie rock and post-bop; a horn section of trumpet and sax the only obvious jazz feature. The End – an Australian band formed by Tim Willis – have a similar line up. Both bands write meandering, slowly evolving, horn lines to balance the rhythmic maelstrom beneath. Their weakness is that there is little interaction between the soloists and the rhythm section, leaving the improvisers floating, somewhat disconnected, over the top.

This synthesis is not always jazz and not necessarily musical. But it is powerful. There is also a strong emphasis on using electronics to achieve different textures, something taken to extremes by the violinist Miguel Atwood-Ferguson. At the Hi-Fi on Saturday, his scratchy solos were sometimes reminiscent of falsetto cats singing Chinese opera, but his melodies were mostly well crafted and the electronic effects added colour and depth. Especially impressive was keyboardist Simon Mavin, whose playing would not have been out of place in the electric bands of jazz legend Miles Davis.

Another variant of the deconstructionist school of jazz is the blending of different ethnic styles. Percussionist Alex Pertout, pianist Andrea Keller and singer Nilusha Dassenaike, appearing as support for Christian McBride, presented a delicate fusing of different traditions. Especially fine was a version of the Brazilian classic Waters of March, which was preceded by a vocal tour of Sri Lanka.

Still another form of deconstruction is the incorporation of classical influences. This is the approach used by Italian pianist Kekko Fornarelli, who played at Bennetts Lane Jazz Club on Wednesday. Fornarelli mixes romantic classical elements with jazz polytonality and traces of blues. His ambiguous harmonies, liquid touch and use of repeated notes and sustain create a slightly sacral quality. Rhythmically, his trio plays ahead of the beat, producing pulse rather than the more conventional jazzswing.