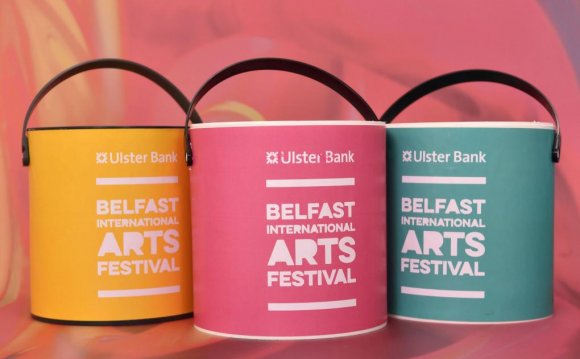 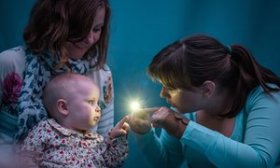 When I tell people that I make shows for babies, and that the youngest audience member for Replay’s work was just four days old, they often look incredulous. The look is swiftly followed by a lot of questions: “How does that work?” “What’s the point?” And, most of all, “But they’re not going to remember!”

Here’s the thing. They are. Neuroscience has proven that the first three years of life don’t just affect our behaviour, they actually change how our brains are formed. As developmental psychologist Dr Suzanne Zeedyk observes: “The evidence about the importance of children’s early experiences is pouring out of scientific labs.”

Those of us who are old enough will remember those heart-breaking pictures of babies in post-Ceausescu orphanages in Romania. Scans of those children’s brains showed they were sometimes half the size of those of children who had been stimulated, loved, connected with during their early years.

If those three years are so fundamental to shaping who we are, then shouldn’t they be filled with experiences which are beautiful, challenging, imaginative, soothing, musical, creative, exciting and calming? We reckon so. And that’s why we’ve been making shows for babies for the last four years.

This year, we’ve invited the whole of our city of Belfast to join in with us. At the end of 2013, Belfast city council and the Arts Council of Northern Ireland launched their Creative and Cultural Belfast awards, looking for flagship arts projects that worked in collaboration with community partners. They wanted the projects to meet criteria of being “distinctly Belfast” and “inspiring communities”.

There are all sorts of things that people think of as “distinctly Belfast” – and most of them are about architecture, geography and, of course, history. Or what’s officially called “dealing with the past”. And to say that there’s a fair bit of the past still to deal with is an understatement. But, we thought, what about a new way of talking about the future? And so BabyDay was conceived. BabyDay is about hope. It’s about how crucial early years arts are, and about having arts at the heart from the very start of life.

BabyDay is also a gigantic metaphor for talking about the future in a really concrete way: what city, what country do we want for these wee children to grow up in? It’s about the ability to see the world afresh through a child’s eyes. It’s about the family that Belfast could be.

We wanted to create an extraordinary day to capture the imagination of the whole city. Two years after the original idea was conceived, BabyDay will take place on Sunday 27 September 2015 with many many local and national arts organisations contributing events and venues all over the city contributing space. There will be 80 events, from Little Bollywood to Baby Gamelan, from a show about being a new dad to a show inspired by interviews with women in their 70s and 80s about motherhood, from a Womb Room immersive installation inspired by sonograms, to an exotic fruit orchestra and a sea of stories.

It is for everyone. And we really do mean the whole city. A substantial amount of the budget has been spent on an engagement programme because we want it to be an event and a journey that the city’s most disadvantaged, disenfranchised communities feel part of – rather than something they might perceive to be an arty city centre event that’s not for them.

Long before anyone else knew about BabyDay, we took a free show to these communities. TiNY toured Sure Start Centres as a conversation opener. (Our first baby show, BABBLE, played off-Broadway in March 2015 and TiNY has been invited to visit South Africa to help start a baby-theatre movement there.) So the work that played medical centres, Sure Start centres and school halls is work that is demonstrably world class – because we believe those audiences deserve it to be world class and should have an opportunity to be part of the conversation around it.

We’re not in the business of creating an annual date to boost greetings card manufacturers’ profits, but rather a one-off catalytic moment; one great big bundle of joy from which emerges a new way of thinking about the potential of early years arts by funders, by health professionals, by policymakers, by artists and by the general public.

We’re hoping that Belfast BabyDay will be the first of many across the world: each a beacon of hope, creativity and play that, tiny step by tiny step, will begin to transform the future.