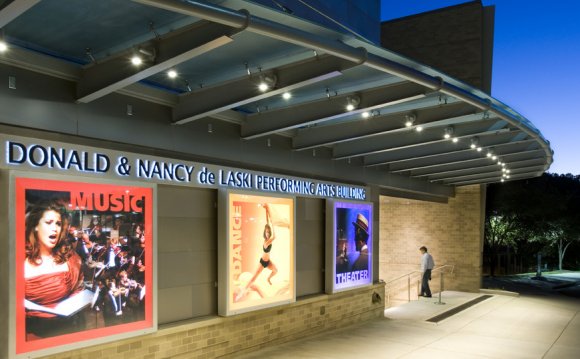 San Francisco Mime Troupe performs Hotel Universe in Dolores Park, 1979. Some of their work is collected in the Museum of Performance and Design.

The San Francisco Performing Arts Library and Museum changed its name recently to the Museum of Performance and Design. The collection is founded on is founded on the collection of Russell Hartley (1922-1983). A dancer and designer for San Francisco Ballet in its formative years, Hartley's burgeoning interest in the history of dance and the performing arts led him to collect materials on the subject, particularly as they related to the city.

By 1947, his collection was large enough that he formally established the San Francisco Dance Archives-a private collection available to the public, housed in his home.

The collection was brought in 1975 to the Presidio Branch of the San Francisco Public Library, where it remained for five years. During that period, Hartley curated more than 60 exhibitions.

In 1981, with the library's need for more space, the archives were relocated to Hartley's home and essentially closed for two years. The San Francisco Ballet allocated space on the fourth floor of the Opera House, a professional staff was engaged, and on May 4, 1983, the organization as we know it today opened to the public. Hartley died shortly after the opening, leaving his collection to the organization. In summer 1989, it moved to 399 Grove Street and opened its doors on December 1 as SF PALM. Since then it moved again, to the Veterans Building, Fourth Floor, 401 Van Ness Avenue in the Civic Center.

The Museum of Performance & Design - formerly the San Francisco Performing Arts Library & Museum (SFPALM) - is the first international arts institution devoted to the celebration of the performing arts and theatrical design.

Built upon the collection of SFPALM, the Museum is currently housed in the Veterans Building in San Francisco’s Civic Center. The Museum produces world-class exhibitions, lectures and presentations by and about leading artists; provides conservation and archival services to performing arts institutions; and offers youth education programs.