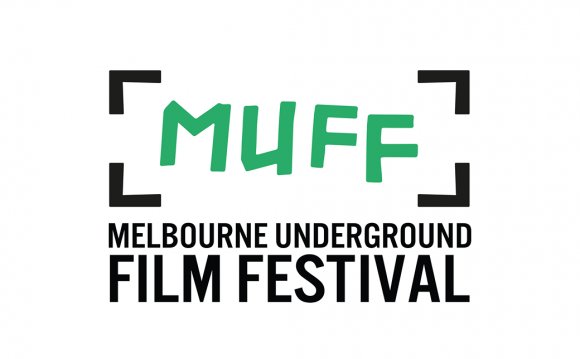 OPEN CALL FOR ENTRIES • Select a Category of Entry to continue.

The Melbourne Underground Film Festival (MUFF) is a cutting edge premiere showcase for Independent cinema in the Southern Hemisphere. It is known for its radical, adventurous and iconoclastic programming decisions and for its support for different voices in the Independent and Underground film and video practitioners worldwide. The festival focuses on both Australian and International cinema and is a vocal critic of the staid and failing Australian Film Industry.

MUFF awards cutting-edge films every year with the "MUFF AWARDS" that select winners both locally and Internationally from shorts and feature categories.

MUFF plays many shorts (about 80) in Mini MUFF every year and a lot of features in its MUFF Neu section. Overall we play about 100 new works each year, plus an exciting array of documentaries and curated retrospectives.

MUFF is an essential cutting edge forum for new cinema that will look beyond production values, and find the hidden talent within. MUFF has been the launching board and incubator for many talented filmmakers including the likes of James Wan, Scott Ryan, Jenna Fisher, Jim VanBebber, Bruce LaBruce, Peter Christopherson, Stuart Simpson, Shannon Young, Kel Dolen, Steven Kastrissios, Ivan Kavanagh, Mark Savage, Anna Brownfield, Patrick Hughes, Jeremey DeCeglie, Gregory Pakis and many, many others.

THE MUFF 2016 Call for Entries

The most wild, thrilling, notorious and controversial Indy film festival in Australia returns in 2016!

The Melbourne Underground Film Festival is back with our 17th Festival and we are now Officially Calling for Entries for 2016!

MUFF enters it’s late teens years continue our one eyed Nationalist policy of supporting and fostering Independent, guerilla, micro budget and underground Local and International Cinema here Down Under. Be part of our wonderful and wild 17th year!

We have a great venues like Backlot Cinemas with State of the Art Projection – and many exciting NEW plans and expansion and extension of the Next Festival in 2016. So get to it, boppers!.

So, get those entries in quick...

MUFF 17 will be our biggest and best festival yet and a historical landmark of resistance in the Australian Film Industry. Be sure to be a part of it.

The general entry fee is 45$. But the there are discounts on Withoutabox, so register and check that out to save dollars in these times of economic frugality. https://www.withoutabox.com/

Please do not send original material or masters for preview or screening.

The Melbourne Underground Film Festival will not return preview or screening tapes.

The Melbourne Underground Film Festival will screen films off DVD or Blu Ray only in any format from around the world.